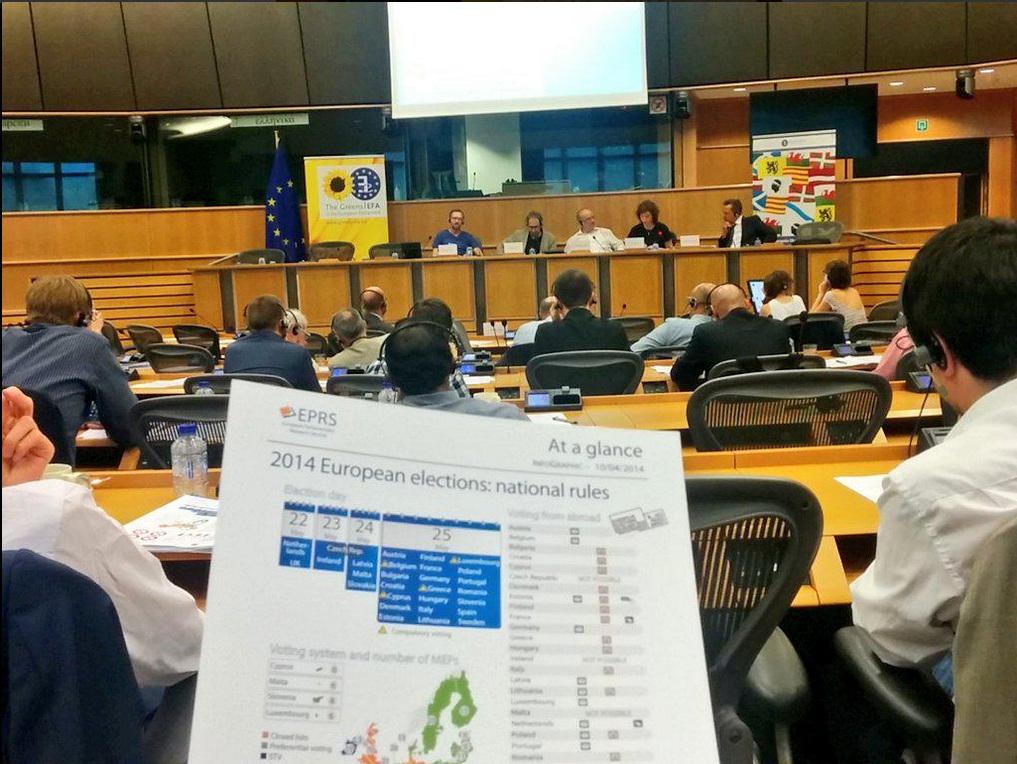 How can we create more democratic legitimacy for the EU by reforming European electoral law? This question was raised at a conference organised by the Greens/EFA Group in the European Parliament on July 3rd. In one of the panels, European Movement International Vice President Bernd Hüttemann presented the European Movement’s position, stressing that political parties play a key role in representing European citizens in the democratic and decision making process.

The panel, chaired by EFA-MEP Jordi Sebastià, discussed “What could be next for European Electoral Law?” Speakers included Willie Sullivan, Director of the Electoral Reform Society Scotland; Fflur Jones, Partner at Darwin Grey Law Firm; Josep-Maria Terricabras, MEP from Catalunya and Greens/EFA shadow rapporteur on the reform of European Electoral Law and Hüttemann. The European Movement International’s resolution on the topic was adopted at its Federal Assembly 2014 and focuses on transnationalisation of European democracy and the innovation of the European political system. As political parties are crucial for creating a direct link between the citizens and the political system, the European Movement believes one of their key roles should be to act on a European level to contribute to forming European political awareness and to express the will of the citizens of the Union. Despite this Hüttemann pointed out there is still a long way to go, “There is still too much discussion about the co-called democratic deficit of the European Union and the continuing gap between the Union and its citizens.”

To shrink this gap and achieve a truly transnational European democracy, the European Movement International proposes creating a European constituency in addition to the national party lists and voting procedures. Among other suggestions, expanding individual membership to all European political parties is considered an opportunity for citizens to directly participate in the European political system, added Hüttemann.

Harmonising national rules for European elections by creating a European constituency would also take into account the representation of minorities. Hüttemann stressed that it is worth putting in the effort to find a solution to reassure minorities that common European party lists will not threaten their legitimate interests.

The European Movement position on Electoral reform is also outlined in an opinion piece written by Bernd Hüttemann published on EurActiv: The case for common rules for EU democracy. The European Movement Germany also demands the right to vote for EU citizens in Germany’s federal states and on a local level. See EM Germany’s political demands here ((voting rights for EU citizens see 1.7)