Aktuelles > More or Less Europe? | EM Germany Telegram on the Future of the EU

More or Less Europe? | EM Germany Telegram on the Future of the EU 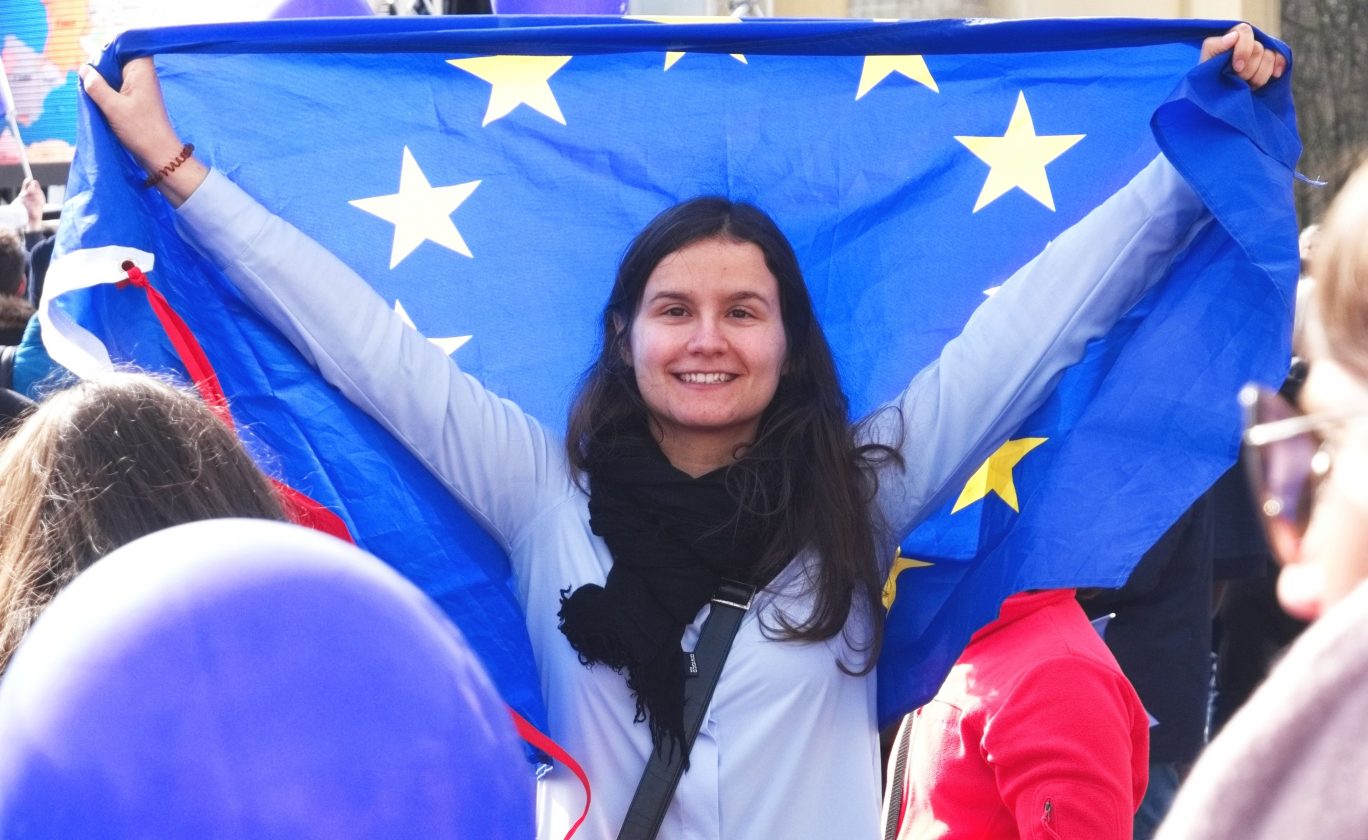 The EU is under scrutiny: the intensity of pressure on the European Union in 2017 is unprecedented in the long period since the Treaty of Rome paved the way in 1957 for the European integration project. The official notification by the United Kingdom of its withdrawal from the EU, but also the election results in important neighbouring countries such as the Netherlands, France and Italy are determining the future course, if not even the continued existence, of the EU. Meanwhile the pro-Europeans are collaborating and their voices are growing louder – not only “on the street” but also among the EU27, as demonstrated in the unity at the special summit on Brexit.

Since 1948, the European Movement International has been working to shape the future of Europe. However, not a single year has yet been routine. What shape is the EU in at present? What should a future-oriented EU27 look like? Earlier this month, the EBD Executive Board have released their Policy Agenda for 2017/18, which will be passed by the General Assembly at the Italian Embassy in  Berlin on 26th June. German Vice Chancellor and Minister of Foreign Affairs Sigmar Gabriel will speak at the event, as well as H.E. Pietro Benassi and international guests from European Movement Austria and Denmark, respectively.

Together with the European Commission Representation and the European Parliament Information Office the EBD has also developed the campaign „It’s YOUR Europe!“, which will be taken up and continued by numerous institutional and civil European communicators.

Further updates on the topic of the future of the EU can be found under the news-tag “Zukunft der EU” and via the category “Institutionen & Zukunftsdebatte” on our website, as well as on Twitter via the hashtag “#ZukunftEU”. 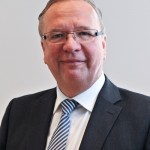 “Despite our relief that the dams are holding, we must learn together from past mistakes”, writes EBD-President Dr. Rainer Wend. “There now needs to be a wide-ranging discussion on the future of the EU, involving representatives from all social spheres. The basic direction of the discussion must be: against populism and protectionism, for a modern, assertive European democratic community.” | See report

+++ Improve Europe, instead of abandoning it to the populists! +++ 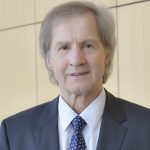 Jo Leinen, MEP and President of the European Movement International demands: “It is high time to refocus once more on the merits and advantages of the unique project of Europe, instead of abandoning it to the populists.” He sees cause for hope in the recent elections in France and the Netherlands. | See report

+++ Visions for the future of the EU: Transparent, efficient, value-based +++ 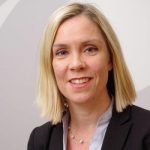 “In order to the restore people’s enthusiasm for EU politics, the decision-making processes in European politics need to be made more transparent and intelligible”, says Dr. Anna-Maija Mertens, Managing Director of Transparency International Germany. Information on links between political decision-makers and lobbying organizations ought to be easily understandable and accessible for everyone. | See report 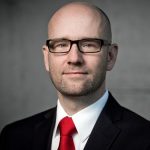 “Things will only go well for Germany in the long term, if things go well for Europe”, says Dr. Peter Tauber MdB (member of German parliament), General Secretary of the Christian Democratic Union of Germany. Isolation, as demanded by many populists, is not a solution – “In some areas of politics we need more, not less Europe!”  | See report

“Europe and liberal, open democracy have become a bone of contention”, concludes Frank Burgdörfer, Member of the EBD-Executive Board. The problem lies not with the nationalists, who yearn for simplicity and isolation, but rather in the fact that many people currently feel unheard, misunderstood and left behind. He demands: “We must revive democracy!” | See report 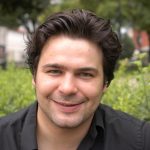 “2016 was the year of horror, the annus horibilis”, according to Mark Leonard, director of the European Council on Foreign Relations (ECFR). He is urging Brussels and Berlin to make 2017 the “anno innovationis” – a year for reinventing the EU. | See report

+++ Germany and France must once more develop a common idea of Europe! +++ 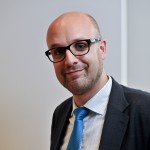 “Macron’s election is a huge chance for Europe,” says Christian Moos, General Secretary of the Europa-Union Germany und EBD-Executive Board Member. “Whether this chance is seized, also depends to some extent on German politics. The currency union must be supplemented with a political union, and Europe needs more investment, Germany in particular can and must play its part.” | See report

+++ Security, social justice and prosperity only in a strong Europe +++

A strong Europe is in everyone’s interests, says Thiemo Fojkar, Chair of Internationaler Bund (IB) and member of the EBD-Executive Board: “The IB is promoting European integration and consensus. Only a strong Europe can guarantee security, social justice and prosperity.” | See report

+++ Make visions of the future tangible for young people +++ 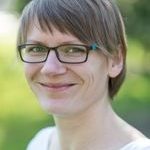 “The debate about Europe’s future must not be an elite project,” stresses Annegret Schneider, a trainer with planpolitik. “We need to make the abstract scenarios, visions and models tangible and translate them into people’s everyday life.” Interactive education formats are the key here, according to Schneider. | See report 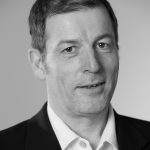 For Hans-Georg Wicke, leader of JUGEND für Europa (Youth for Europe), it is clear: “Europe needs the commitment of young people for Europe. The active European citizenship of young people requires Europe-related competencies, areas for commitment, participation and contribution – and hearts and minds for the European idea.” | See report

+++ A commitment to support cross-border education and sciences! +++ 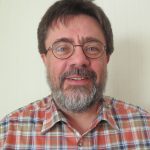 Europe faces the decision whether to continue its path in the direction of a “United States of Europe” or rather to develop into a “Holy Roman Empire of European Nations”, according to Alfons Scholten, Federal Chair of the European Federation for Education and Science. “Cross-border education and science is facing new tasks and challenges that we are committed to addressing with our partners in Germany and Europe!” | See report

+++ Stand up for the preservation and consolidation of the EU-Single Market! +++ 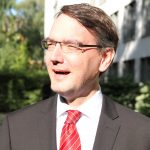 Agriculture benefits from a functioning EU Single market, stresses Udo Hemmerling, Deputy General Secretary of the German Farmers‘ association and member of the European Economic and Social Committee (EWSA). He demands: “The symptoms of crisis in the EU must prompt us to stand up more offensively again for the preservation and consolidation of the Single Market.” | See report

+++ Consumer confidence in the future of the EU is vital +++ 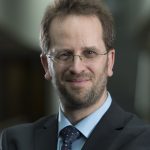 “As consumers we experience first-hand every day whether and how the EU is working for us,” says Klaus Müller, Chair of the German Consumer Federation. “It is therefore vital for the future of the EU that it remains an EU which consumers can trust.” | See report

You can find further information on the political profile of the EBD in the joint Political Agenda „Think, act and govern in a European way!“, which was agreed by the more than 250 EBD member organisations in the summer of 2016 and will be adopted in its newly revised form by the general assembly on June 26th.

The EBD Telegram draws attention to key themes in EBD Policy and highlights the current development and positions of our member organisations. The EBD Telegram is sent to around 15000 subscribers in Germany and across the EU. You can subscribe here.