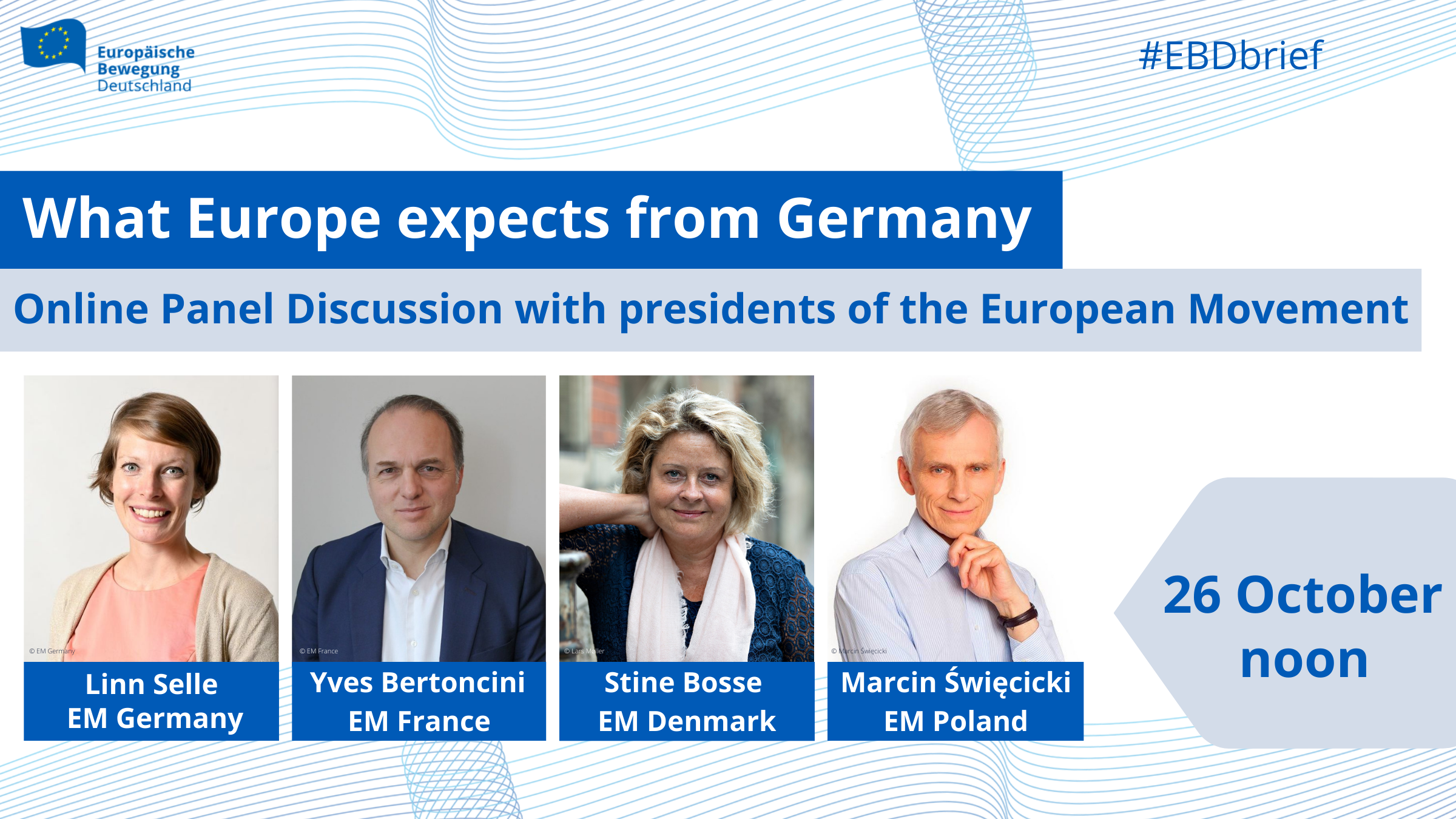 Panel Discussion with presidents of the European Movements in France, Denmark, Poland, and Germany

Brexit, the next EU budget and the recovery from COVID-19, the Conference on the future of Europe – Germany’s EU Council Presidency is full of big dossiers, and even bigger expectations. With protests in Belarus, the civil war in Nagorny Karabach and the tensions with Russia, the upcoming country’s Chairmanship of the Council of Europe’s Committee of Ministers is likely to be no walk in the park either. How is Germany’s EU Council Presidency perceived by its neighbours? What are the key challenges and chances towards European integration across the continent? And what role should the European Movements play in that?

Together with the Chairpersons of European Movements in neighbouring countries, we take a closer look at hot EU topics and Germany’s role in addressing them from an international perspective.

Ahead of our General Assembly on 30 October, this panel is also an opportunity to discuss expectations on how EM Germany should shape its own policies in the next year.