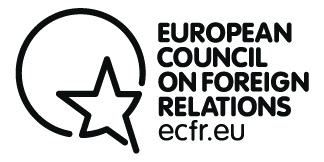 ECFR and the Embassy of the Kingdom of the Netherlands are delighted to invite you to join the public debate:

Turkey revisited: a European foreign policy of migration
Thursday, October 6th
18:00 – 19:30
Embassy of the Kingdom of the Netherlands in Berlin
Klosterstraße 50, 10179 Berlin

The refugee crisis that engulfed Europe during the greater part of 2015 continues to play an uninhibited role at the European Union´s foreign policy debate table. More recently, a special emphasis has been placed on working with Turkey, a key geopolitical player in stemming the flow of migrants. The regional warfare and the resulting instability in Syria continue with few signs of secession, simultaneously threatening spillover into neighbouring countries like Turkey, Lebanon, and Jordan. To make things even more complicated, Africa has become part of the equation, with increasing numbers jumping ship to flee their own fragmented governments, economic instability, and the growing presence of terrorism in the region. Europe´s already complex relationship with Turkey has been complicated by recent developments, including the coup attempt on July 15th during which Turkish counterparts deemed the Western response as insensitive. Will current tensions make the formation of a stable partnership and solid agreement with Turkey impossible? What kind of policy initiatives can Europe employ to expand possible avenues for effectively dealing with the migrants and to what extent will Turkey be involved?

Internally, Europe is confronted with enormous challenges as well: the pending question at the onset of the refugee crisis—can Europe come together to form a unified front and work together towards a “European” solution to the migration crisis—has not only gone unanswered but has also become more complex. The crisis has opened new questions about the Union´s response to regional instability in the Middle East— to what extent will efforts spawn from unified action? Germany has emerged as the European leader in foreign policy concerns, but it unwillingly takes on the role of lone instigator and hopes for more cohesion in addressing the crises that stand at Europe´s borders. With heightened euro-scepticism across the Union, driven in part by new insurgent parties across member states as seen in the recent Brexit, will Germany be able to instigate a “European” solution? Will new political instruments and policy innovations within the EU, with Turkey, Syria, the Russian Federation, the Gulf countries, Afghanistan, and the Sahel region pave the way for renewed efforts in creating legitimate stability? How much room for argumentation is present in the idea of “stability,” the definition of which may differ depending on the strategic goals that are driving action?

The debate will be moderated by Almut Möller, Senior Policy Fellow and Head of ECFR Berlin.

The event will be held in English. Following the panel discussion, we invite you to join us for a small reception. We kindly ask you to register for the event no later than the 4rd of October by sending your acceptance to berlin.office@ecfr.eu.